“May God give everyone an equal slice of luck”

A slogan the Forcados Amadores de Montemor express each time before entering the arena.

I’m very happy and proud to announce that the first copy of the book ‘Que Deus Reparta A Sorte’ is published by Stockmans Art Books.

“Que deus reparta a sorte”, a slogan that serves both as a prayer and a battle cry, which is expressed before a bullfight in a small town in southern Portugal, is the title of the book by Belgian photographer Eva Faché. Roughly translated to English, it means “may God give everyone an equal slice of luck”. Consisting of approximately 132 pages and approximately 100 images, this first book by the Ghent native, is an intimate look at the practices, tradition and lives of the close-knit community behind the controversial spectacle of bullfighting.

Guided only by her curiosity and a deep fascination with human behaviour, Eva Faché travelled to Montemore-o-novo, a small town in the Alentejo region near the Spanish border in 2017.  For about a month, she lived with a family of forcados, a group of men that performs the pega de cara or pega de caras ("face catch"), which serves as the final event in a typical Portuguese bullfight. In that time period, she became a part of the family and the community, accompanying them to the farms where the bulls are bred, the horse stables, the arena, as well as many family gatherings. The result is an impressive body of work that interestingly enough, does not show much of the bullfighting itself. Instead, it became an attempt at understanding through images, what drives and fuels the flag bearers of this centuries old tradition that has faced sanctions and criticism throughout its history. It seems that, just like in the slogan of the forcados, Eva Faché gave everyone in that closed-knit community that is commonly faced with a lot of scepticism and resistance, an equal slice of objectivity.

Eva Faché (°1994) is a Belgian photographer and photojournalist who acquired a bachelor’s degree in photography at Narafi, Brussels and an MA degree in photography at the Royal Academy of Arts, Ghent. She exhibits her work internationally, and she has worked in Amsterdam, Tromsø and Ghent for the last three years. The text for her book is done by Veerle De Vos, graphic design by Tina De Scouter, book concept is by Eva Faché, the book curator is Bruno De Vos, and the book is published by Stockmans Art Books. 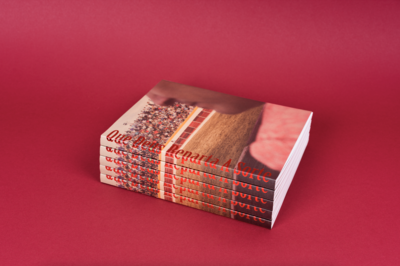